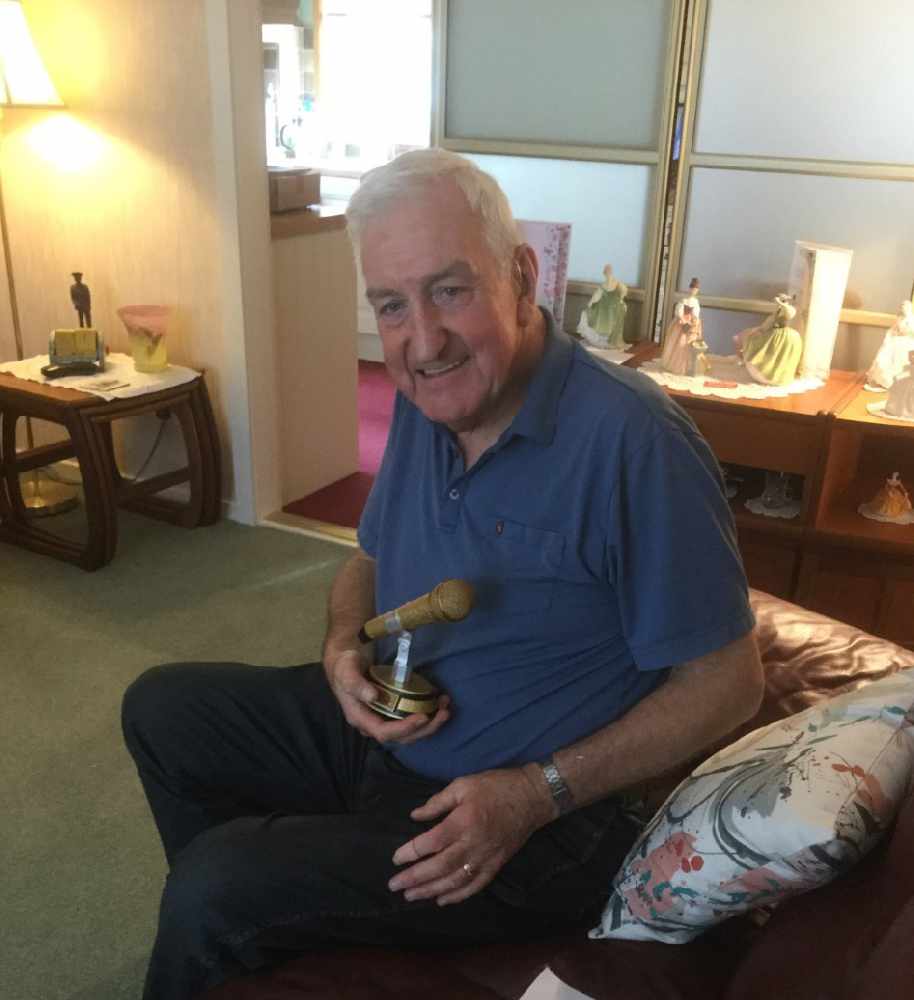 Goodbyes are never easy, and it's made even more difficult when we have to say farewell to one of our longest serving members. This month we're taking a wee break from Volunteer of the Month to shed the spotlight on Bob Crawford, who is retiring from Radio Royal after a whopping 35 years!!

"During his long and illustrious career with Radio Royal, Bob has proven himself to be implacable supporter of Hospital Radio and has demonstrated his continued commitment consistently over the years.

Bob’s influence on Radio Royal goes well beyond his undoubted skills as a presenter as he was always ready to help fresh-faced and inexperienced young presenters to improve their studio skills. It’s no coincidence that some of our current ‘grey beards’ owe a great debt to Bob as he provided invaluable mentoring and tutoring to help them become the best presenters they could be.

Bob was also a steadfast supporter of our fundraising efforts and I have many happy memories Bob and I of standing on various street corners, usually in the rain or snow accosting random passers-by and asking them for money.

Finally, I’m quite sure that Bob was instrumental in helping to forge the Radio Royal that we know and love today and collectively we owe him a great deal of gratitude for his magnificent contribution."

Thank you again Bob for everything you have done for Radio Royal - and enjoy your well-deserved retirement!!